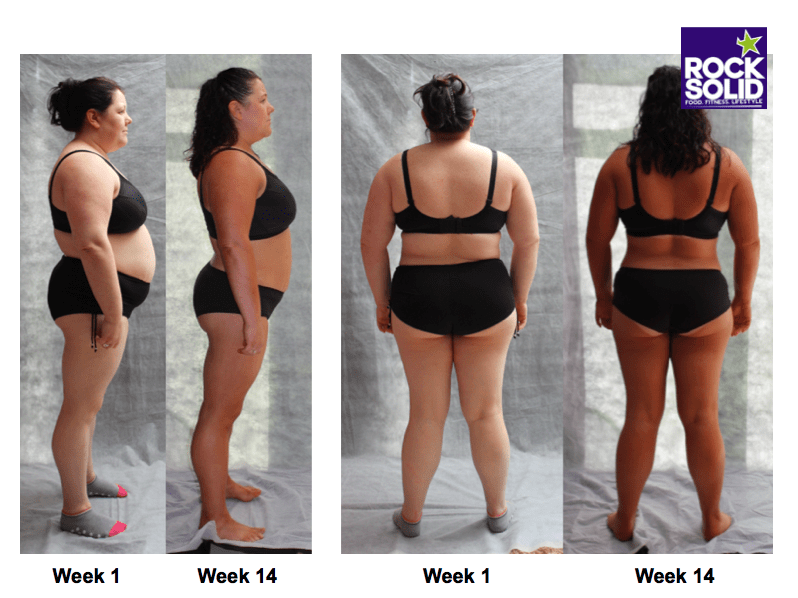 “I love my bum!” (how many ladies can say that and mean it!)

Lisa is a 30 something business owner and entrepreneur, and single mother of 1 almost teenager.

In 14 weeks to say that Lisa has changed her life is an understatement.

Caught in a world of insecurities and stress Lisa did not know how to get herself out of the situation she had slowly become accustom to. She just took for granted that life was a mundane merry go round of work, business and stress.

She decided last year that she would set up her own business. She wanted to work for herself, and not have to worry about taking time off to spend with her son in the summer holiday. This is something that restricted her in a “regular” 9-5 office job. She wanted the freedom of working for herself and the control of making her own destiny.

Lisa is a very dedicated and confident business woman, and likes to put others before her own needs, this has been to the detriment of her own physical and mental state and her health.

She may have been confident on the outside to her business buddies BUT on the inside was a different picture. Another side of Lisa was quivering inside with self loathing for her body, nervous, and anxious. Worried about what others thought about herself desperate NOT to be hated by anyone she came in contact with.

Her physical body and health took a toll. Rather than getting dress sizes to stick she found that she kept having to buy dress sizes gradually bigger than her last. Snacking on quick foods for energy bursts and unable to fit the time into work, this became a recipe of disaster for her. Always in dark clothing and never letting out the real her in fear of scrutiny.

It all got to a point where she knew that something needed to change. For years she was told by professional doctors that she could not exercise a lot due to knee and back problems. Plagued also with the thoughts that she would inherit medical conditions hereditary she decided that enough was enough and things MUST change.

She sought the advice from Rock Solid. This was a major step in itself actually asking for her. This is something that Lisa find hard to do…admit defeat or admit she needs help.

She started a 14 week journey with Rock Solid to change her life. Her original quote and why she wanted to change was

“I want to change, i want to be able to dream, set goals and achieve them. I want to feel confident in myself and my abilities. I want to set a good example to my son – proving what hard work and commitment can achieve.”

“My time in the gym has been incredible. Following years of exercise on and off and problems with my knees, I had always been advised by consultants and other gyms to steer away from certain exercises, machines and classes but Barry has encouraged me during every session to get the most out of myself, push myself more than I have ever done and has taught me how to celebrate my achievements (something which I am still working on but I have made progress!). I am capable of more than I ever realised and have found a love for exercise, how I feel http://laparkan.com/buy-sildenafil/ afterwards and what feeling great helps me to achieve in the day, both at home and at work.”

She no longer chases a energy boost from hob nobs and other snacks, she now relies and is educated on food which is good for her body and gives her infinite energy thought out the day…

“I have been educated on food and how our bodies use it and why it is so important to eat the right foods in the right quantities at the right times. It has meant making time for preparation and planning but this soon became just a part of my routine, but knowing how much better I was feeling from a healthy diet was worth every minute.”

Her stress levels have come way way way down! She is able to cope with stressful situations in a completely different way. Something which would have been completly alien to her before…..

“I think the biggest difference for me is how I feel when faced with situations that could be seen as stressful. I don’t react in the same way anymore, life is much more about “ok, here’s the situation, work out what’s going on, listen to my gut reaction and trust the voices in my head” make a decision on what to do about it, action it, stick to it, move on and be in a better place. Even Billy has commented on how ‘less stressed’ I am and I would have to agree.”

Her business has also benefited from the new Lisa, one of energy and efficiency…

“On a business front, the change in lifestyle has helped me to focus on my business and what I want to achieve in it. I have a new confidence when dealing with any issues I face and the energy to use the hours I have available to work efficiently.”

The bond with her son has become unbreakable. A new found relationship and respect had been built from previous tensions in the house….

“My relationship with my son has completely changed too, to hear him say how proud he is of me is exciting. He loves looking at the photos and testing how far he can reach his hands round my waist! We have exercised together for the first time ever and he has seen me ride his bike around the garden, the next step is to get out on a full bike ride together.”

The changes that Lisa has been brave…yes brave enough to make have been outstanding. She has swapped fear for commitment, weak to strong and self loathing to self appreciation.

We will leave the last few words to Lisa and her overall feeling of her NEW HER!

“I have become a women who is knowledgeable, fit and healthy. I have a desire to continue on with the plan to make further improvements. I am now someone who has goals for the future both at home and in my business.”

Don’t just take out word for it…..she what she said right here……