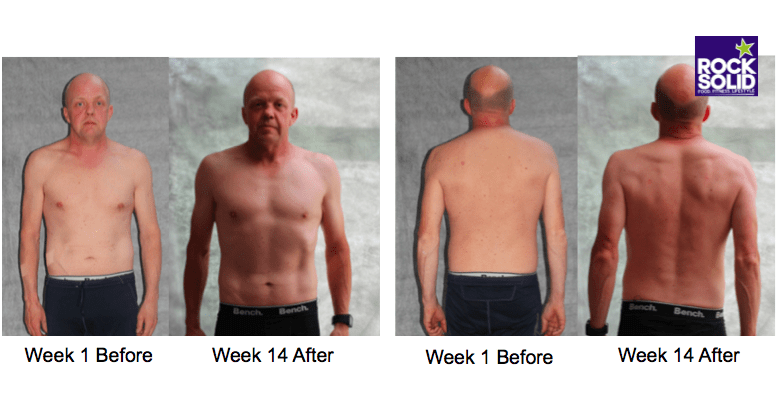 Tonka is a 40 something single male and business owner.

He used to keep fit “back in the day” running marathons and taking part in triathlons. He loved working out. He loved the feeling of being free on the road, feeling fit, healthy and strong. Prime of his life stuff.

The first year was GREAT!

BUT things then started to get ‘Busy”.

Time was being traded for his health.

First thing that went from his lifestyle was the ability to look after himself. He stopped training, stopped his marathon running, no more triathlons. he started to swap this stress relief with smoking and eating. On top of this he just did not have the time to cook for himself. Since be moved into his new house he has not even has the time to use the cooker….HELL….he did not even KNOW HOW to put the cooker ON!

So his week’s food consisted of take aways, each night a different one, being swiftly picked up in a short break after a hard days grind on a job, just before he headed home to start the late evening of paperwork.

He would hardly eat in the day. Waking up to a cup of strong coffee after a rough nights sleep and then later in the day tucking int a bacon baguette and a Mars Bar is his energy levels needed “Perking up”

One of Tonka’s passions is his motorbike and racing. He loves to be on his bike, it is the one time that he gets that sense of being free and time to relax. But this lifestyle was even crushing his enjoyment of this. As his joints and body just ached afterwards and his core suffered as he was not able to hold himself physically on the bike.

Slowly but surely, he started to put on weight, approx 1 stone on 6 months. All through neglecting his body and putting the business first. His confidence dwindled as he could not stand to look at himself in the mirror, disgusted with what he saw. The chance of romance, companionship and intimacy was getting further and further out of his reach. Remancicicg over the old days gone.

Lack f energy, drive and focus. Feeling sluggish everyday, unable to stay awake by the end of the evening. depressed, and could be see any way out of his self created hell.

Tonka decided that enough was enough. He decided that he need to change. He wanted his old life back, he wanted to be in control, free, confidence and ready to look for love.

He hired a Coach! Us!

He knew that he would not be able to do this on his own. Sure it would work for a week or so, but then work would take over and he would be back to his old habits in no time. He needed accountability, support, structure, education and a plan to follow, and a coach was just the sort of person to do this.

How did he go from his HELL to his HEAVEN?

Tonka was given a bespoke meal plan, which was aimed at giving his energy and stop his sluggish lows.

No more take aways. Cooking lessons with his coaches gave him a passion for cooking. He is not cooking a multitude of healthy and nutritious http://www.mindanews.com/buy-inderal/ meals for himself AND his mother (who could not quite believe it). This gives him BACK the energy that he has craved for so long.

He no longer “pops” into the kebab house, or Chinese on the way home. Why? because from having the education about food he KNOWS WHY they processed foods will not help his energy or his health!

He started to take care of himself for the first time in years. It felt good! He started to move his body and exercise. Picking up weights for the FIRST TIME EVER. This enabled him to switch off from work and focus on him. A very empowering feeling.

Tonka has NEVER stepped inside a gym in fear of the “meat heads” that he would do something wrong to embarrass himself. He has been given the coaching to perform weight training techniques of pro athletes to give him the education and the confidence to work out in ANY GYM!

The attitude of dedication, commitment, focus and drive quickly started to spill over into his business. He was back in control in NO TIME. Delegating, scheduling and making space in his diary for HIM. He was saving himself about 4 hours per day of work to free himself up to enjoy his Entrepreneurial perks.

His work life balance was now tipping the other way. Life was in abundance and work, well it was working for him now!

Tonka IS BACK! By week 3 of his journey into his coaching course he decided that he was going to run a 10k race 2 weeks later! He did it and he did it in good time – 1 hour! not bad for a junk food addict!

Tonka now has the education, the drive, the commitment, and the BELIEF back in himself that he lost.

Tonka is a very different man from 14 weeks ago. Even others have noticed his confidence soar! He has joined a dating website and now has the confidence that he can offer something special to a very special person.

Remember that we said that Tonka could not even enjoy his motor bike because he did not have the strength to hold ok?

Well now he has the strength not only in his legs, and arms but back in his core. He can now enjoy his riding and feel that feeling of freedom and control again with out aching!

His progress and his change has been one amazing story. To say that he has changed his life around is an understatement. The inner strength he has gotten from working his body, to sculpt and gain muscle mass has overflowed into his business and has inspired and motivated others around him.

He is now able to say NO, organise and schedule his days, so that he can take care of himself. He understands that without him there would be no business. With his new found energy he is able to deliver better results at work and still have the energy to go to the gym and enjoy his bike.

He was amazed with his before and after pictures.

Don’t just take out work for it….hear it from Tonka RIGHT HERE!…..