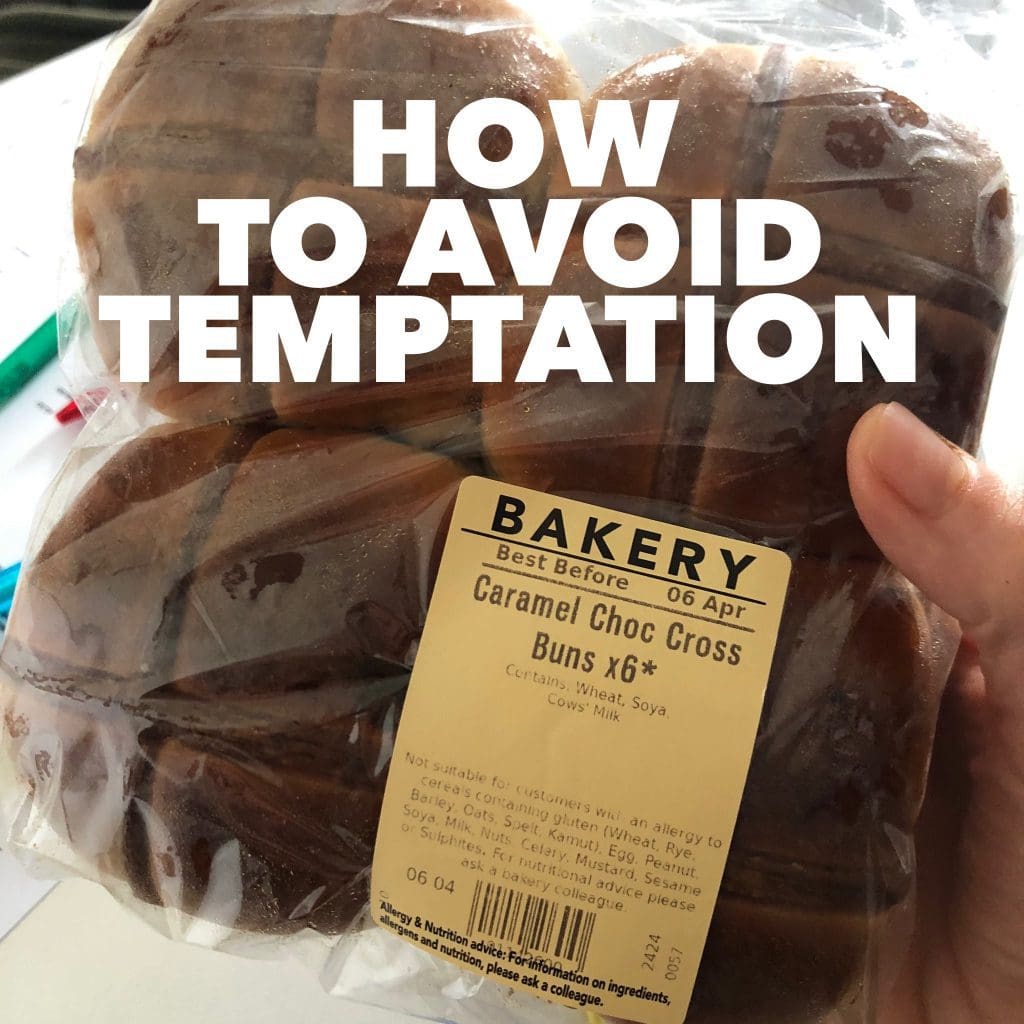 There is nothing worse than someone bringing in cakes or biscuits to work when you are trying to be “good”. How do you muster up the strength and say NO! Well in the blog I am going to give you my top tips for this after Baz bought back from Caramel Hot Cross Buns.
Baz came back from Sainsbury’s the other day and plonked these on my desk.

“I bought these for you babe”

No, what he means is

I wanted to try these and bought them so you could have some so I did not feel so guilty about eating them on my own, I’m not stupid

Usually, it’s no major drama if I want to have something like this I will

However, I had had a particularly heavy weekend with lots of glutenous calories and I vowed on Sunday night THAT WAS IT for the week

The worst thing about all this was this happened on Tuesday.

Tuesday! not even halfway through the week and I was being given these tempting treats

Baz knows I love a bit of caramel, most of all my fav is salted caramel

They sat on my desk ALL DAY

I could see them looking at me, and speaking to me

Just one, you worked out today, you can put it on MFP and just jiggle the numbers around, it won’t hurt at all, you have the muscle mass to carry the extra carbs

I think you know what I mean right, well at least I hope you do, or else I really sound odd

How did I avoid the Caramel Bun goodness?

Because I know a lot of you would be exactly the same as me, perhaps you would cave and give in?

Here is what I did

I kept them on my desk. I saw it as a game I had to play with myself. If I ate one I lost if I did not eat one I win!

I wanted to test myself to see how far I could get without touching them.

I made it a game. I do this sometimes with chocolate in the fridge. I’ll buy it at the weekend and test myself to see how long I can keep it in there for.

Bit sadistic perhaps 😉 but it works for me.
2. Remember the pain
I remembered how awful I felt Sunday night when I was all bloated, I could not sleep, and was physically shaking in bed from a sugar overdose.

Do I want it…answer YES

Do I need it…answer NO

I recognised that I was making a decision over having the buns, and when I have that internal chatter with myself over it I STEP THE F AWAY

It’s not worth the rubbish feeling of guilt and regret after it.

How long did I leave it for then to have a bun?

They were there until Thursday night

Yup, I gave it enough time to actually not control me and made sure I was fully in control before I had one.

Hope this helps if you get tempted today

P.S they were not that nice at all, to be honest.